EURAG is now a senior!

Hard to believe: Our parent organization, which is now established in 27 European countries, is
celebrating its 60th birthday this year. To mark the occasion, the city of Graz is organizing a party
to which EURAG members are also cordially invited.

The history of EURAG, the oldest representation of older people in Europe, is eventful and unthinkable without the willingness of volunteers. The city of Graz plays an important role in the history of EURAG – without its active support the organisation could not have survived.

Founded in 1962 as a non-partisan, non-political and non-religious organization, EURAG was registered in the same year in the register of associations of Luxembourg, as well as a secretariat was established in Switzerland.

After the oil crisis in 1973, as the previous sponsors became scarce and the end of the voluntary organization threatened, two members who were also active in « Active Retirement Graz » were found: Karl Stoiser and Eduard Pumpernig, both members of the Graz city government, succeeded in having the EURAG General Secretariat moved to Graz in 1974.
It is thanks to the then mayor Alfred Stingl, who supported the association financially almost until the end of the last millennium, so that an employee for the office could be financed to manage the growing organization. Stingl’s successor was unfortunately not willing to do this to the same extent, so the secretariat moved to Vienna for a while under a new EURAG president and to Prague with the current secretary general.

Graz was also the venue for two major EURAG congresses. In 1982 and 1999, the congress hall there welcomed about a thousand participants, mainly seniors from all parts of Europe. Both conferences were generously supported by the city of Graz. It is therefore no wonder that the current mayor, Mrs. Elke Kahr, who is known as a social activist, also has a heart for EURAG and made a worthy celebration of its 60th birthday possible in the newly renovated city hall.

Here is the  Contribution of  Dirk Jarré (President of the European Federation of Older Persons, EURAG )to the   celebration of the 60 th anniversary of EURAG
Graz/Austria, City Council Hall, 15 September 2022 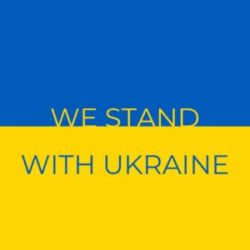